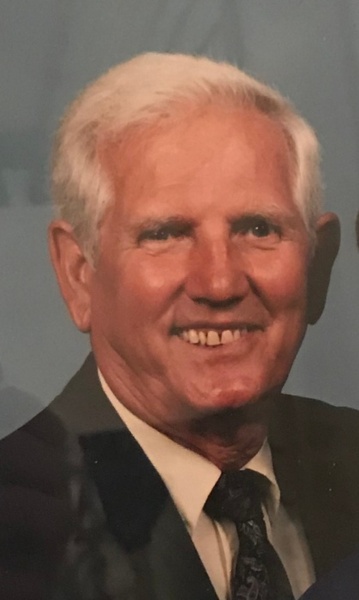 Wayne Guy, 91 of Bowling Green died Thursday, February 14, 2019 at Christian Health Care with family at his side
The Warren County native was a son of the late Ishmeal and Hester Carter Guy and is preceded in death by his wife Yvonne Guy and his brother, Elmo Guy. He was Parts Manager for the local Ford Auto Dealership, a member of the Moose Lodge # 356 and he was a WWII Army Veteran.
His survivors include his daughter, Deniese Taylor (Perry) and his son, Mark Guy; two grandchildren, Travis Guy and Shelby Guy; one nephew, Terry Guy; mother of his grandchildren, Janet Meeks and his close buddy Brady Hamilton.
Funeral service will be held at 12 noon Monday at Hardy & Son Funeral Home, Bowling Green Chapel with burial in Fairview Cemetery #2. Visitation will be 3-7 p.m. Sunday and 9 a.m.-12 noon Monday at the funeral home.
In Lieu of flowers donations may be made to the Bowling Green Warren County Humane Society.

To order memorial trees or send flowers to the family in memory of Wayne Guy, please visit our flower store.