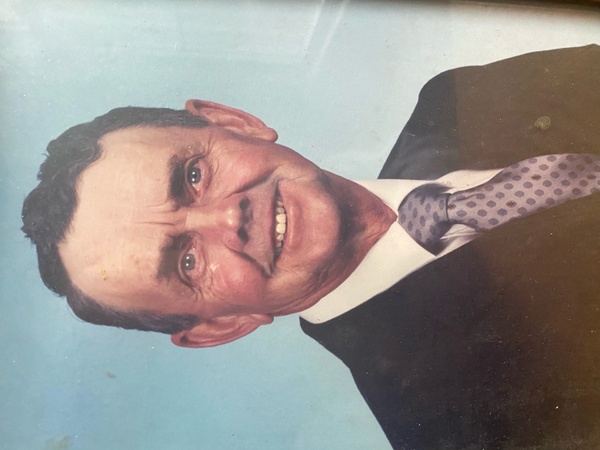 Elson was born September 24, 1934 in Indianapolis Indiana to the late Thurman Elson Bullington, Sr and Winnie Dossey Bullington.  He completed his first eight years of education in Indiana at Horace Mann Elementary where he was editor of the newsletter.  He and his parents moved back to Kentucky to be near family in 1949.  Elson was proud to be a graduate in 1952 of North Warren High School where he was a member all four years and treasurer his Senior year of FFA, Sec/Treasurer of the Conservation Club, and class officer his Junior and Senior years.   He received numerous awards including Salutatorian and delegate to 1951 Bluegrass Boys State at Millersburg Military Institute in Millersburg Kentucky.  He studied business management and agriculture and ran the family farm until later years.  Elson’s family bought the farm in 1951 and established a successful Grade A Dairy and also had a large tobacco base.  When his father become ill in 1970, they decided to close the dairy operation and convert to beef cattle and a large orchard.  He purchased the property next door and converted the house to a market.  Through this location and his involvement as one of the earliest members of the Bowling Green Farmers Market,  Elson provided many varieties of fresh fruit.  He also offered a variety of nuts, honey, and apple cider.  In 1994 Elson received a Certificate of Appreciation for his years of service and dedication to the Warren County Extension Service.  Elson continued to operate the family farm until 2016.  Elson was so knowledgeable about horticulture that the University of Kentucky brought students to his farm to attend a hands-on class led by him on grafting techniques.  He maintained a line of personal correspondence with UK’s chief horticulturist.  He also won numerous ribbons through the years at the Kentucky State Fair.  Elson was a member at Three Forks Church of Christ for most of his life and had many friends at his church.  Three Forks was his families church for over 100 years. Starting in the 90’s Elson began to experience a life of travel thanks to the experts at Quality Travel and Travel with Ledean Hamilton.  He visited most of the states in America including Alaska twice, Hawaii and the entire west coast.  He also visited many parts of Canada.   His meticulous re-creation of his trips in binders has given his family the pleasure of feeling a part of his experiences.

Elson had numerous aunts, uncles, cousins and close friends he loved and appreciated.   Elson had a strong appreciation for family gatherings and often shared his delicious apples and cider.   Although he never married Elson experienced a full life.

To order memorial trees or send flowers to the family in memory of Thurman Bullington, please visit our flower store.