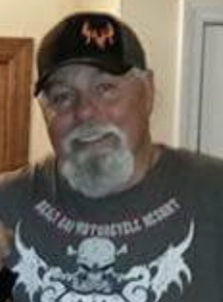 The Logan County native was a son of the late Warren G and Elsie Edith Creek Freeman and is preceded in death by a brother, Teddy Freeman.  He was a member of Faith Assembly of God, served in the U S Army and loved riding his motorcycle and spending time with family and friends.

To order memorial trees or send flowers to the family in memory of Terry Freeman, please visit our flower store.