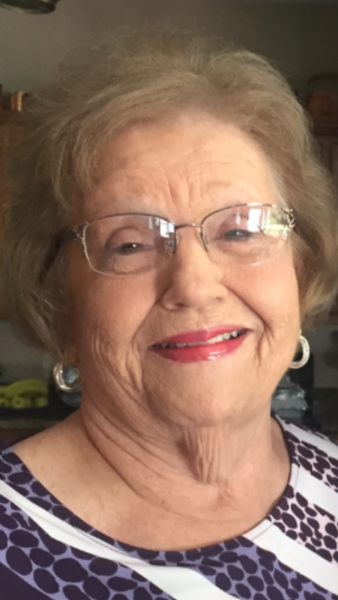 Sarah Frances Rice, 80 of Smiths Grove passed peacefully with family at her side Friday, June 22, 2018 at the Hospice House.

The Warren County native was a daughter of the late David L. and Bertha Smith Watkins and wife of the late Stanley Rice.  She was preceded in death by a son-in-law, Bruce Layne and brother, David S. Watkins.  She was a house wife, a member of Smiths Grove Baptist Church where she sang in the choir for many years, she had been a member of the Stormy Night Homemakers, Tops, and Bunko club, she was employed at the Smiths Grove Drug store, Holley Automotive and IBM operator for Houchens Industries for 16 years.

In lieu of flowers family request donation be made to Smiths Grove Baptist Church.

To order memorial trees or send flowers to the family in memory of Sarah Rice, please visit our flower store.