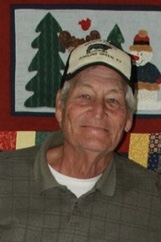 The Warren County native was the son of the late Roland and Anna Louise Manco Wilson.  He was preceded in death by his sister, Betty Jean Logan.  He was retired from Holley Carburetor, a farmer, a member of Plum Springs Baptist Church and a US Navy Veteran.

To order memorial trees or send flowers to the family in memory of Roland Wilson, please visit our flower store.