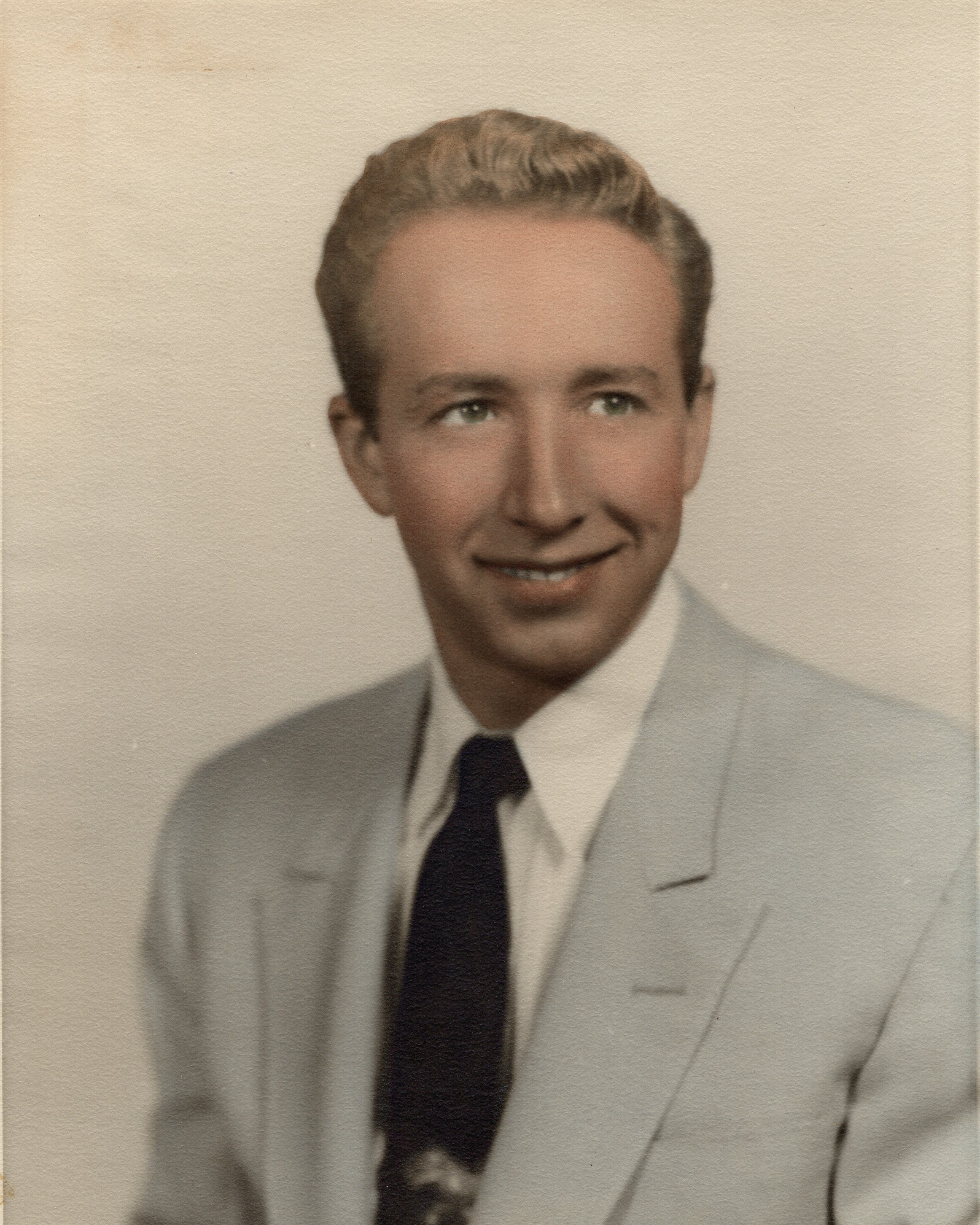 God’s faithful servant Robert “Bob” Edward Poppy, 90, joined his Lord and Savior in heaven on January 15, 2023. Born the 6th of 7 children to Guy Charles Poppy and Nellie (Taylor) in Farmington, Michigan, on September 25, 1932, he had 3 older brothers, 2 older sisters, and one younger sister. He began working at a young age to help support their family, which served as the foundation for his strong work ethic and deeply ingrained family values which carried him through to his last days.

Bob attended grade and high school in Pontiac, MI.  At the tender age of 17, he was blessed to find the love of his life, Geraldine Yvonne Saigeon. They were later married on July 24, 1954. He joined the Naval Air Reserves in college and served for 8 years as an airplane mechanic.

He received a B.S. in Forestry and then a Master’s degree in Cooperative Extension, both from Michigan State University.

After college, Bob began his career as a forester in Alabama at the Auburn University Experiment Station and later returned to Michigan for a position with the US Forest Service.  He served as a County Extension Agent in northern Michigan counties for almost 20 years where he also became an experienced farmer.  Upon retirement from Extension, he moved to Kentucky in 1991 for “their great growing season” to further continue his love of farming and to run the Robert Poppy Excavation and Construction company.

Bob had many interests and over the years turned those into enriching experiences for his family, such as running a sawmill, raising seed beans, raising beef cattle, running a dairy farm, and even owning a retail ice cream parlor for several years.  When recently asked what crops he had raised, Bob replied, “children,” because closest to his heart of all his endeavors was planting seeds for Jesus and raising up his own and other children to know and love the Lord.

Bob’s strong Christian faith served as the basis for everything he did in life, and his greatest passion was serving the Lord and bringing glory to His Kingdom through sharing the gospel, teaching the Bible, and ministering to those God gave him to shepherd.  As the Lord led him and his family to various communities, he served in many roles including Music Minister, deacon, Youth Group Leader, and Sunday School Teacher.

To order memorial trees or send flowers to the family in memory of Robert Edward Poppy, please visit our flower store.