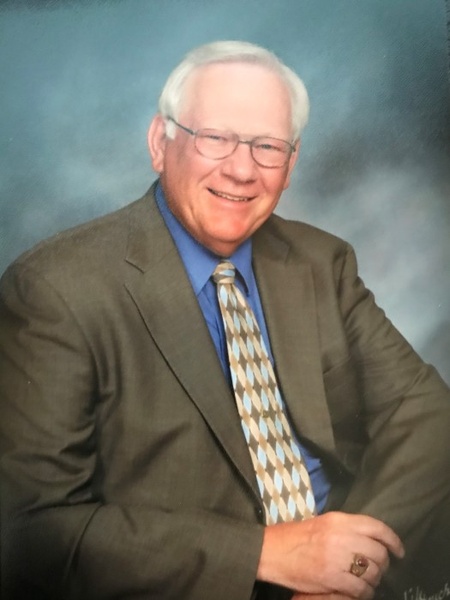 Robert Stanley Chaney, 75, beloved husband, father, pastor and friend, went home to his Lord, October 19, 2018 from his residency at Franklin-Simpson Nursing and Rehabilitation Center.
Dr. Chaney was born January 24, 1943 on a farm in Taylor County, Kentucky to Robert Jackson and Lillian Beatrice Chaney. He was a graduate of Taylor County High School, Campbellsville College (now University), Southern Baptist theological Seminary (Master of Divinity degree) and Luther Rice Seminary Doctor of Ministry degree).
As a teenager he felt the call of God to the gospel ministry and spent forty-three years of his life actively following that call. He pastored churches in Cane Valley, Horse Cave, Oakland, Harrodsburg and Eminence, Kentucky; Newburgh, Greenwood and Connersville, Indiana; three churches in Dayton, Ohio; and one church in Morristown, Tennessee. For six years he served as director of missions to six counties in Eastern, Indiana. He retired in 2008 and moved back to Oakland, Kentucky where he joined the church he had pastored forty-one years before.
He is preceded in death by his parents and brother, Harold Chaney.
He is survived by his wife of fifty-four years, Judith Crabb Chaney; a daughter, Sara Wynelle Taylor (Sean) of Sugar Hill, Georgia; a son, Dolphus Lee Chaney (Kerry) of Homewood, Illinois; a brother, Calvin Chaney (Betty) of Campbellsville, Kentucky and several nieces and nephews.
Funeral service will be held at 1:00 p.m. Tuesday at Hardy & Son Funeral Home, Bowling Green Chapel with visitation on Tuesday from 10:00 a.m.-1:00 p.m. Graveside service and burial will be held on Wednesday, 11:00 a.m. EST at Brookside Cemetery in Campbellsville, Kentucky.
In lieu of flowers donations may be made to The Gideon's International

To order memorial trees or send flowers to the family in memory of Robert Chaney, please visit our flower store.