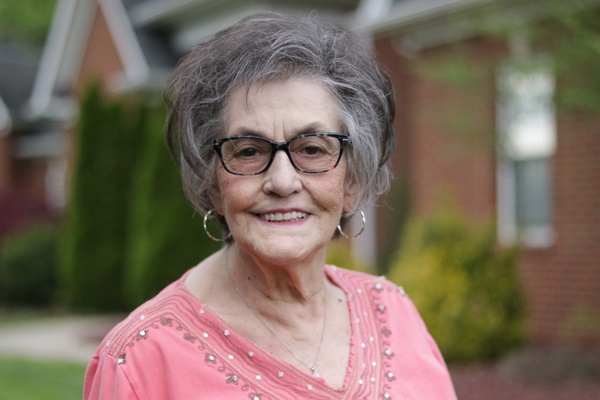 Rebecca Jane Burnett, 79, passed away March 8, 2021 in Bowling Green.
The former Rebecca Jane Pearson was born in Scottsville, KY on May 8, 1941 to Murrell and Reba (Napier) Pearson. She was a 1959 graduate of Allen County High School and subsequently attended Bowling Green Business University.
She married Joe Frank Burnett on March 31, 1961 in Scottsville. They settled in the Sunnyside community in north Warren County, where they raised two daughters. With her children grown, she began a 21-year career as a personal caregiver. Prior to that she volunteered for five years at The Medical Center at Bowling Green. Ms. Burnett was a longtime member of Oakland Christian Church, where she served as song leader for 25 years. In recent years she worshipped at Smiths Grove United Methodist Church.
She is survived by her daughters LeAnne Burnett Morse (Fort Mill, S.C.) and Laura Burnett Staynings (Bowling Green), as well as sons-in-law Kelly Morse and Mark Staynings, grandchildren Chase Riddle (wife Sarah, York, S.C.), Ethan Morse (Clemson, S.C.), Catherine Jane Staynings (Bowling Green), great-grandson Wyatt Riddle, and a sister, Benita Costello (Scottsville).
She was preceded in death by her husband of 54 years, Joe Frank Burnett, and by her parents Murrell and Reba Pearson.
Funeral services will be at 4 p.m. Thursday at Hardy and Son Funeral Home, Bowling Green chapel with a walk-through visitation from 1 to 4 pm at the funeral home.
The family suggests memorial contributions be sent to Hospice of Southern Kentucky.

To order memorial trees or send flowers to the family in memory of Rebecca Burnett, please visit our flower store.