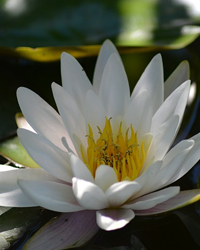 Peggy Ann Alvey Trejo passed away on June 16, 2021, at Bowling Green Nursing & Rehab Center.  Peggy was born in Warren County, KY, to her parents "Pa" Darrell Alvey and "Mammy" Virginia Skaggs Alvey, who preceded her in death.  She was also preceded in death by a son, Alex Trejo, Jr.  Peggy was of the Baptist Faith and resided in Brownsville, Kentucky.

Visitation for Peggy will be held on Monday, June 21, from 10:00 a.m. until 4:00 p.m. at the Bowling Green Chapel.  Her service will be at 4:00 p.m. on Monday at the funeral home.  Cremation was chosen and funeral arrangements have been entrusted to Hardy & Son Funeral Homes.

To order memorial trees or send flowers to the family in memory of Peggy Trejo, please visit our flower store.