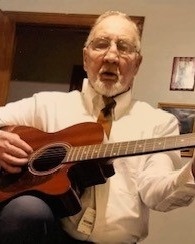 The Warren County native was a son of the late Henry Martin Russell and Elta Lucille Cline Russell.  He is preceded in death by two sons, James Dewayne Key and Roy Douglas Lewis, Sr.; one brother, Donald Russell and one sister Linda Sims.

The family request in lieu of flowers donations be made to Hardy & Son Funeral Home for funeral expense.

To order memorial trees or send flowers to the family in memory of Kenneth Ray Russell, please visit our flower store.