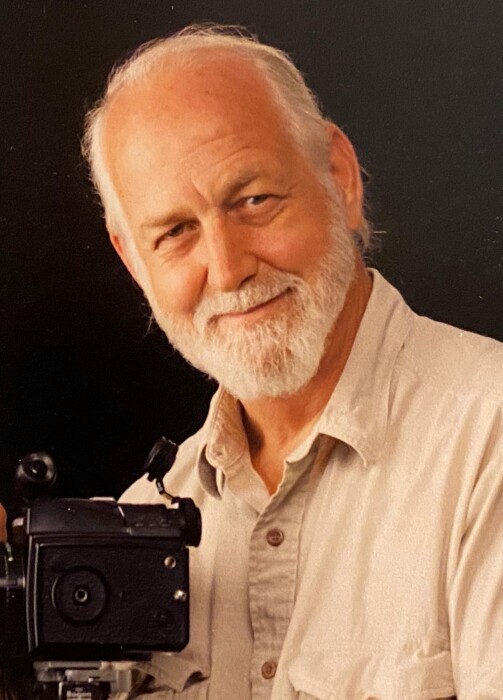 Pursuing life with passion, John Payne (85) focused on living life to its fullest, loving with a full heart and chasing his dreams wherever they might lead.

Those dreams eventually led him to Bowling Green Combining his hobby of photography with a magical property on Woodford Avenue he operated Limestone Lake Photography from 1992 until his illness interfered. He eventually succumbed to that illness on March 13, 2022 at the Medical Center.

He was preceded in death by his parents John B. and Mayme (Gregory) Payne and his sisters Susan Dalton and Betty Bisbee Born in Berea, Ky. John grew up in the community of Disputana fishing, hunting and swimming in the creek. After graduating from Mt. Vernon High School, he briefly attended Berea College before transferring to EKU where he excelled as a member of the swim team, setting a pool record in 1958. Upon graduation with an elementary education degree, he taught fifth and sixth grade in Hamilton, Ohio. There, he also had success in the American Flat Track Motorcycle racing circuit and served as a sergeant in the Army National Guard.

Eventually, he received a master's degree in counseling at Miami of Ohio and earned school psychologist certification at Ohio State University. After 22 years as a school psychologist, he retired and returned to Kentucky to chase the dream of professional photography and to be closer to his children, Jon Payne (Jodi) and Jena Turk (Geoff) who both survive.

10 grandchildren as well as his wife Sheryl. Together they enjoyed lake sunsets, capturing families' memories through photography, and competing as members of the Amateur Trapshooting Association. John was twice ranked as an All-American, shooting a perfect 200 at The Grand American in 2006. While he appreciated the success, he would quickly say he enjoyed the friendships made even more.

A celebration of life will be planned at a later date. Arrangements by Hardy & Son Funeral Home, Bowling Green Chapel.  Expressions of sympathy may take the form of donations to the John B. Payne Scholarship Fund at Independence Bank.

To order memorial trees or send flowers to the family in memory of John Payne, please visit our flower store.