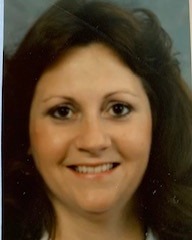 Joanie Barnett, 65, of Oakland passed peacefully on Sunday, October 23, 2022 at the Hospice House surrounded by her family.
The Warren County native was the daughter of the late James E. and Wanda King of Oakland. She was preceded in death by three brothers, Gary, Jeff and Robert King. Joanie was a 1975 graduate of Warren East High School. She retired from Lord Corporation in 2015 after 38 years of service.
She is survived by her husband, Alan Barnett; a son, Derek Barnett (Carmon); a daughter, Amy Yoder (Ura), and one brother, Larry King (Jenny), all of Oakland. Six grandchildren, Ethan and Logan Barnett and Zayden, Meelah, Rylee and Lane Alan  Yoder.
A celebration of life visitation will be 4-8 Monday, November 7 at Hardy & Son Funeral Home, Bowling Green Chapel. A graveside service will be held on Tuesday at Bethel Cemetery.

To order memorial trees or send flowers to the family in memory of Joanie King Barnett, please visit our flower store.