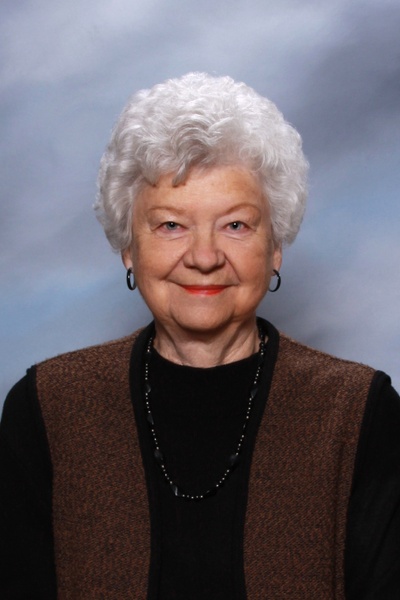 Everyone, at least once in a lifetime, ponders the question: How will I be remembered? Jessie Lois Hines, who died peacefully on March 10, 2022 at the age of 90, will most likely be remembered simply as someone who was always kind.  Jessie was a woman who kept her word, loved her family, and honored her Savior.

As a long-time member of the Mt. Olivet Cumberland Presbyterian Church, she was active in women’s groups, taught Sunday School and VBS, and enjoyed churchwide fellowships.

Jessie’s family was also at the center of her world.  She was preceded in death by her parents, Hubert and Leatha (Green) Justice and three siblings (James Justice, Dorothy Bumpus and Raymond Justice) as well as her husband William Leon Hines and her son Terry Alan Hines.

She is survived by her daughter Sheryl Brooks Payne, daughter-in-law Denita Hines and three grandchildren, Jason Brooks (Angela); Sheri Akins (Brad); Stuart Hines (Amanda); and eleven great-grandchildren who could always count on Nanny to share a big hug, a sweet treat or a goofy Snapchat opp.

A 1949 honor graduate of Bowling Green High School, Jessie’s first job was as a “soda jerk” at Bartel-Williams Drugstore downtown Bowling Green.  She then worked in retail and secretarial jobs until after her children were born.  When they became school age, she re-entered the workforce as a bookkeeper at Bristow Consolidated School and later Warren East High School where she retired in 1991 after 23 years of service in the Warren County School System.

Funeral arrangements are being overseen by Hardy & Son Funeral Chapel on Louisville Road March 19. Informal visitation (1-3 p.m.) will be followed by a memorial service at 3 p.m.

Expressions of sympathy may take the form of donations to  Hosparus of Kentucky at Hosparushealth.org or to Mt Olivet Cumberland Presbyterian Church.

To order memorial trees or send flowers to the family in memory of Jessie Hines, please visit our flower store.