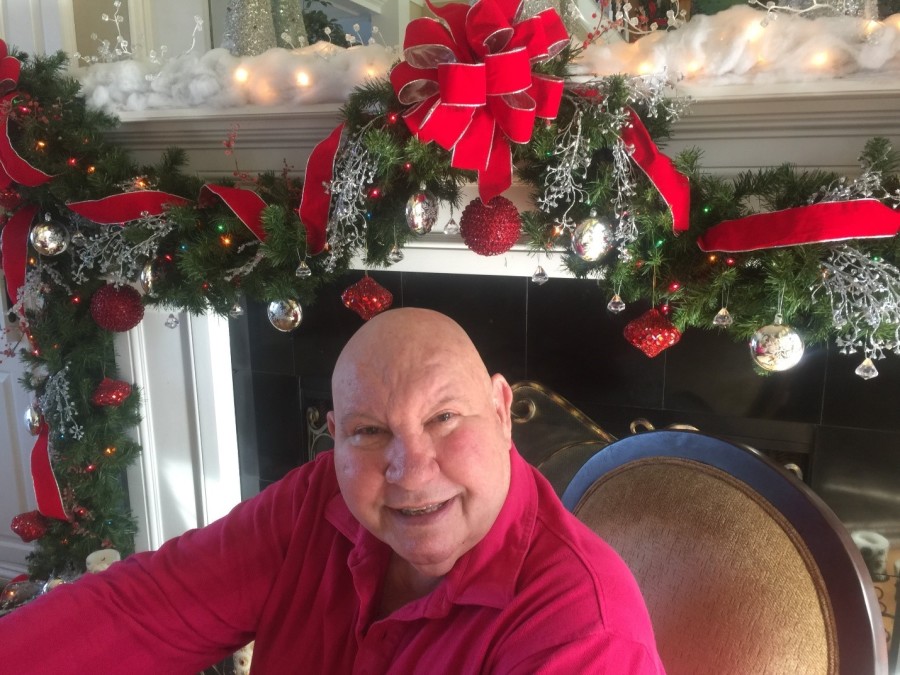 G. D. Grimes, 72 went to be with the Lord after suffering a brief illness. He was the eldest of 10 children born to the late Garnett Dauno Grimes, Sr. and L. Catherine Rich Grimes. G. D. was husband to his devoted and loving wife Nancy C. Grimes for 33 years. At the time of his death G. D. was surrounded by his loving family. Brothers include Freddie G. Grimes, G. Gregg Grimes (Beverly), Roddy Grimes (Judy), J. Lewie Grimes (Enittia), Danny Grimes, Richard D. Grimes (Trenia) one sister, Nancy Mae Grimes. His sister-in-law, Carla Grimes and many wonderful nieces and nephews. He is preceded in death by one brother, Bronston "Bron" Grimes and a sister, Greta Grimes White.
G.D. was taught the Christian faith by his loving parents. He believed that Jesus is the Christ and he believed in the bible. G.D. was baptized and placed his membership with the Shadyland Church of Christ and also attended the Boiling Springs Church of Christ. For all of his life, G.D. was known to be a principled man who stood up and often fought for the underdog. He was a good man and it was known that when he gave you his word, you could count on it and take it all the way to the bank. G. D. was also known for his great love for his family and was the rock that his many loving nieces and nephews, as well as his many friends who came to him for advice, for wisdom and for counsel. The many who grew up with G. D., who went to school with him also knew G.D. as a fun-loving, larger-than-life kind of guy; the sort of man who are too few and where many just like him are needed.
G.D. was hard-working. He grew up working on the family farm and is one of the few who remembers plowing with a mule; theirs was named Old Tobe. G.D. excelled in school and played high school basketball. G.D. was a teacher and a teller of stories and of those who heard him, they knew him to be a colorful, charismatic individual who stood for right and justice and a "tell it like it is" philosophy. From his childhood days and with each basketball season, G.D. was a "dyed in the blue" U.K. Wildcat Basketball fan!
G.D. attended Bristow School from elementary through high school and was editor of the senior class annual and voted Class Dreamboat. After graduating high school, G. D. worked as a butcher, truck-driver and then became Warehouse Foreman with Houchens, now Houchens Industries. Later, G.D. went on to work with Southern Foods in Bowling Green as Warehouse Manager and eventually, became their buyer. Until his retirement G.D. and his wife, Nancy, owned and operated Grimes Legal, Inc. He was a devoted husband. He loved everyone with a complete and undying kind of love, which was unmeasurable. If you were one of the lucky ones who received a G.D. hug, you absolutely knew that you had been hugged! G.D. will be forever missed and will always live on in the hearts of all those who knew and loved him.
Visitation will be 1-8 p.m. Thursday and 9 -11:30 a.m. Friday at Hardy & Son Funeral Home, Bowling Green Chapel with burial in Boiling Springs Cemetery. Funeral service 1 p.m. Friday at Boiling Springs Church of Christ.
In lieu of flowers family request donations be made to Boiling Springs Cemetery, 1340 Boiling Springs Rd, Bowling Green, Ky 42101

To order memorial trees or send flowers to the family in memory of G. Grimes, please visit our flower store.