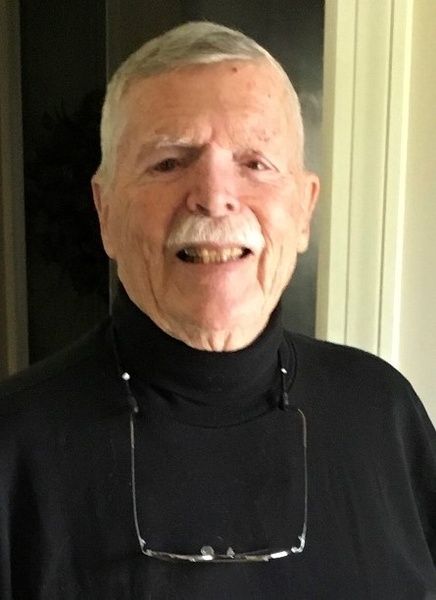 Dr. DeWayne Ward Mitchell died peacefully at his home on December 3, 2018
He is survived by his daughter, Leslie Mitchell Collins (Mrs. Steve )Nashville, TN and his son, Ward M. Mitchell (Mari) Atlanta, GA; grandchildren Liza Catherine Emch (Edward), Samuel J. Collins (Eden Gerlock), Sierra Ann Mitchell, (Blake Walker), Nikolai Ward Mitchell, great -granddaughter Arianna Emch and devoted friend Ms. Barbara Bittles, Nashville, TN. He was born in Kansas, grew up in Oregon and served in France in WWII. After college he married Hugh Evelyn Bell of Rumsey KY.
As teachers and school administrators, they spent 12 years working for the Department of Defense.
Dr. Mitchell taught & developed school programs on US Naval bases in Guam, Saipan, Trinidad and Rota, Spain. He was a well known educator who lectured in Russia and Argentina as well as in the U.S. He moved from the University of Kentucky to teach at Western Kentucky University from 1967 until retirement. He was a mentor, counselor, colleague, and friend to many. He delighted in the company of his children and grand children and will be greatly missed.
A memorial to be held at a later date. Arrangements by Hardy & Son Funeral Home, Bowling Green Chapel.
In lieu of flowers, contributions may be made to Shriners Hospital for Children, 110 Conn Terrace, Lexington, KY 40508

To order memorial trees or send flowers to the family in memory of Dr. DeWayne Mitchell, please visit our flower store.