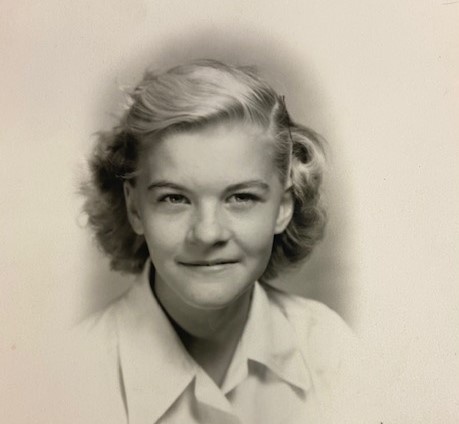 Donetta passed peacefully on February 9, at The Medical Center of Bowling Green.  She was born in Warren County to the delight of her parents, Charles Mayhugh and Alta Lewis Mayhugh, who preceded her in death.  She was also preceded in death by one sister, Irene Stradtner and one brother, Leonard Mayhugh.  Donetta was a member of Lehman Avenue Church of Christ.  Donetta and Mr. GLenn Harrison were married 65 years.  She truly enjoyed spending time with her family and church family.

In addition to her husband, Donetta leaves behind to cherish her memories a daughter, Glenda Morris (Allen Scott) of Sacramento, California, and son, Michael Lewis Harrison.  Grandchildren are Scott Michael Morris, David Allen Morris, Alexander Glenn Morris and Lukas Benjamin Harrison.  She is also survived by her brother, Charles Mayhugh and several nieces and nephews.

Those who wish to honor Donetta in person at the visitation must wear a mask or facial covering and practice social distancing while inside the funeral home.

To order memorial trees or send flowers to the family in memory of Donetta Harrison, please visit our flower store.