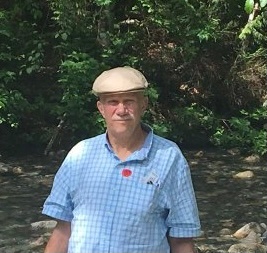 He was born in St. Louis, Missouri to the late Elbert John and Pauline Lear Schumer.  Dan was an electrician for General Motors retiring after 30 years of service and a member of the UAW local 2164.  He was an avid camper and lifetime member of Good Sams Club as well as the NRA.  He was known by some as “Handyman Dan” and tinkered with everything.  Dan was a US Army Veteran and member of the VFW.  Dan was a member of Berea Christian Church.

There will be a graveside service at 3 p.m. Thursday at Fairview Cemetery with Military Honors.  Funeral arrangements were entrusted to Hardy & Son Funeral Home, Smiths Grove Chapel.

The family request in lieu of flowers donations be made to the Family Enrichment Center % Nickie Jones 1133 Adams St., Bowling Green, Ky   42101

To order memorial trees or send flowers to the family in memory of Dan Schumer, please visit our flower store.