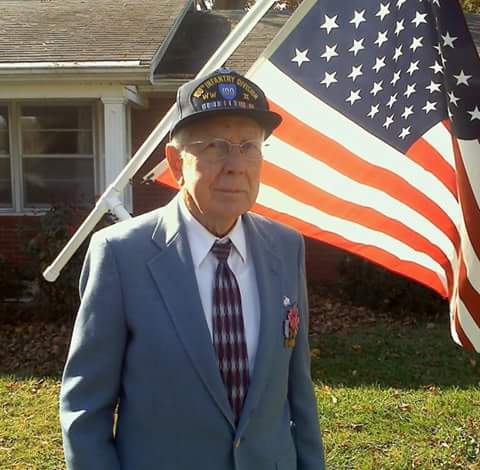 He was a member of Eastside Church of Christ and had many dear friends there. Ed was a printer for over 50 years. He worked at the Daily News and Master Printers.

He married Luretha Elaine Grimes on January 29th, 1965. Ed and Elaine were married until her death in 2013. They had two children together, Randy Reece (Michelle) and Troy Reece (Cheryl). Michelle Reece became very dear to him with their special way of joking with one another as she cared for him like a loving daughter. Barbara Johnson was considered a special daughter of Ed.

Ed is also survived by six grandchildren; whom he loved and was proud of - Rachel Shavelieva (Michael); Sarah Garcia (David);  Hannah Vincent (Ethan);  Dane Stivers;  Morgan Fields;  and Chance Fields.   He also had four great grandchildren who made him smile.

Funeral service will be Friday at 1:00 p.m. at Hardy & Son Funeral Home, Bowling Green Chapel.  Visitation will be  from 10:00 - 1:00 on Friday.  Burial will be in Fairview Cemetery with Military Honors.

To order memorial trees or send flowers to the family in memory of Charles Reece, please visit our flower store.