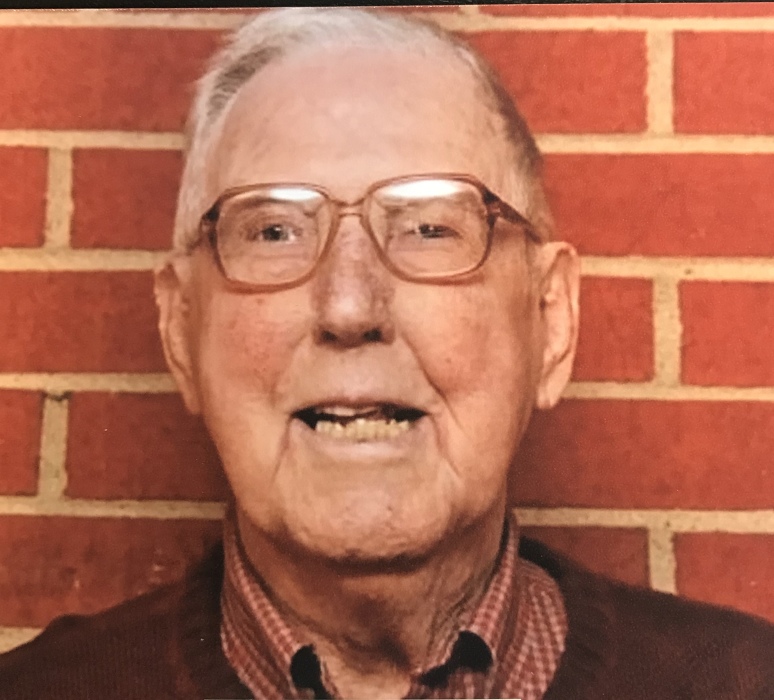 Charles Odell Lewis, 94 of Bowling Green entered into rest on January 20, 2020 at the Medical Center.
Odell was born July 16, 1925 at Sandhill . He was a retired farmer and bus driver for 35 years for the Warren County Public Schools. His passion was driving the athletic teams at Warren East and Bristow High Schools. He was given the nickname "Big O" many years ago and he loved it. He touched so many lives over the years. Odell was well respected and a friend to all. He never met a stranger. He was a 2011 Athletic Hall of Fame Inductee of Warren East High School. He also had time to cheer on the WKU Hilltoppers, UK Wildcats and the St Louis Cardinals. He attended Bristow School and was in the US Army at Fort Knox in the 1950's. He was a member of Greenwood Park Church of Christ. Odell was a son of the late John S and Jonnie C Miller Lewis and husband of the late Joan Bagby Lewis. He was preceded in death by four brothers, Eldon A. Lewis, Clifton G. Lewis, R William Lewis and JR Lewis and two sisters, Agnes Lewis Allen and Jewell Lewis Beck and one niece, Shirley Allen Funston.
His survivors include his son and caregiver, Charles Lewis; two nephews, Clifton Lewis, Jr. (Nellie) and Robert Lewis; four nieces, Betty Goley (Bill), Janice Beck, Jacile Beck and Lisa Lewis; and a host of friends.
Funeral service will be held at 1 p.m. Saturday at Hardy & Son Funeral Home, Bowling Green Chapel with burial in Chapel Hill Memorial Gardens with Military Honors. Visitation will be 2-8 Friday and 9a.m. -1 p.m. Saturday at the funeral home.
Charles ask inlieu of flowers donations be made to Hospice of Southern, KY, 5872 Scottsville Rd., Bowling Green, KY 42104

To order memorial trees or send flowers to the family in memory of Charles Lewis, please visit our flower store.