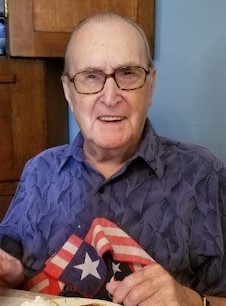 Charles was a World War II Veteran who served in the Normandy Invasion and the Battle of the Bulge.  He was a member of the American Legion.  He was a retired small business owner and member of Greenwood Baptist Church.

A graveside service will be held at Fairview Cemetery (Brock A. Berry Veterans Section) on Friday, June 3, 2022, at 11:00 a.m.   Arrangements for Mr. Adams have been entrusted to Hardy & Son Funeral Homes.

The family requests in lieu of flowers, expressions of sympathy may be made to Eastwood Baptist Church Missions, 500 Eastwood Street, Bowling Green, KY  42103.

To order memorial trees or send flowers to the family in memory of Charles Adams, Sr., please visit our flower store.